Do not gossip about monks or speak ill of spiritual teachers. The least among them is better than you.

Mamtamai Shri Radhe Guru Maa was born in the village of Dorangla in the Gurudaspur district of Punjab, India. Her father, who now leads a retired life, was an officer in the Punjab Government.

Shri Radhe Guru Maa, who was loved by all, was called Gudia by her father. When she was five, fate struck a cruel blow, and Shri Radhe Maa received the first shock of her life when she lost her mother.

Shri Radhe Guru Maa studied till she reached Std X. She was a receptive student and a popular one too. She loved listening to Gurbani and would also spend hours in a Kali temple close to her house. Even as a child, Shri Radhe Guru Maa was considerate, sensitive, delicate and helpful.

Her teachers and friends in those early years remember that she also had the gift of prophesy. The same teachers and classmates are now her devotees.

At an age when children play with dolls and toy houses, Mamtamai Shri Radhe Guru Maa's mind was keener on bhakti.

Guru Maa was married when she turned 18. She was very young and unprepared for such a big responsibility that called for big changes in her life.

Her husband Shri Mohan Singh of Mukerian village in district Hoshiarpur was one of five brothers in a well-to-do joint family. The family owned a popular sweetmeat shop in the village. As the years rolled on, Mamtamai Shri Radhe Guru Maa gave birth to two sons. Shortly after, her husband decided to explore business opportunities on foreign shores, leaving his young wife and two children behind.

Eventually, she took to tailoring and even taught the skill to other girls in the neighbourhood. Thanks to her initiative, a number of women in the village developed a skill that helped them supplement their family incomes.

Whatever time remained after giving sewing lessons, Mamtamai Shri Radhe Guru Maa devoted to reciting the Gurbani. However, despite her busy ways, her family worried for her and she was often seen lost in thought. Her father took heed of her state and took her to Mahant Ramdin Das 1008, the caretaker of the Paramhans Bagh Dera, who was 130 years of age at the time.

The venerable Mahant was impressed with the devotion of Mamtamai Shri Radhe Guru Maa and remarked to her father that she appeared to be a radiant spiritually gifted soul. He further added that she was welcome to visit the temple attached to the dera whenever she wished.

From that day onwards, Mamtamai Shri Radhe Guru Maa began to visit the dera every day and offer worship to the deities there. Her devotion to Lord Shiva was so intense that she experienced the first stirrings of vairagya. A day came when she lost all interest in all worldly matters, including her family and marriage. Her husband was abroad when this happened.

Around the age of 23, Mamtamai Shri Radhe Guru Maa decided that she was no longer a householder and dedicated herself completely to God. However, devotees who had in those months attached themselves to her refused to let her wear the robes of a sanyasin. They adorned her as an act of devotion and Mamtamai Shri Radhe Guru Maa did not turn down their offerings. So, while she had a prosperous family, a husband, two children and all comforts of the world, she turned her back towards it all and dedicated herself to her spiritual practices.

Around this time, a young girl from Mukerian whom the congregation knows today as Choti Maa came for Mamtamai Shri Radhe Guru Maa's darshan. She became a regular at the darshans and in a few months committed herself to a lifetime of service to Mamtamai Shri Radhe Guru Radhe Maa. Choti Maa, who hails from an affluent family, has been in Guru Maa's service for the last 21 years. She has two brothers who are settled in Australia.

With the passage of time, more and more devotees began to invite Guru Maa to their homes to bless their families with her auspicious presence. Devotees found their lives enriched with Guru Maa's blessings and experienced calm in their hearts. Over the years, she visited Jalandhar, Ludhiana, Amritsar, Guraya, Phagwada, Ambala, Kurukshetra, Panipat and Delhi. Wherever she went, she would glorify God, chant his names and pastimes and also ask people to do the same.

After the boon was granted, Mamtamai Shri Radhe Guru Maa came to Delhi and lived for three years at home of a devotee Rambhaj Agarwal where she was served by his family. She also blessed the homes of other devotees with her presence and guided them as they offered pujas, kirtans and bhog to God.

It has been 10 years since she graced the city, and the Gupta residence, which is now called Radhe Maa Bhavan by her devotees, is where she stays seven to eight months a year. The Gupta family holds a Mata ki Chowki every 15 days which is open to all devotees free of cost. During the chowki, Maa Jagdambe, Lord Shiva and other deities are honoured with prayers and bhajans.

Devotees also have a satsang and darshan of Mamtamai Shri Radhe Guru Maa on the night of the chowki. Devotees across the world continue to request Guru Maa to bless their homes with her presence as they have always done, and she as always continues to honour their request.

While darshans are scheduled during chowkies which are held once a fortnight, Guru Maa spends the remaining time in her sadhana which includes, pujas, havan and meditation, and she speaks but sparingly. She does not leave the room where she grants darshan for months at a stretch. This space is held sacred by devotees of Guru Maa and is referred to as her gufa.

Mamtamai Shri Radhe Guru Maa also shares her spiritual knowledge with devotees when she deems it fit. Her teachings emphasise the need for selfless bhakti and for complete surrender to God who is the supreme provider.

Devotees who wish to address their queries to Guru Maa or seek her guidance are asked to speak to Choti Ma for guidance sessions that are called vachan.

Mamtamai Shri Radhe Guru Maa's life is a study in contrasts. Her response to all challenges in her life has been to intensify her bhakti for Lord Bholenath. She believes that there is nothing that cannot be achieved if one prays to Lord Shiva and asks her devotees to do likewise. The result of her steadfast devotion is clear for all to see. Over the years, she has walked closer to the light of God shining within her and has guided her devotees along the same path.

She has neither a trust, nor a palace to her name. She has not initiated a new religious order. Her devotees across the world and their unshakable faith in her glory are her only wealth. Is it any wonder that her devotees have created permanent gufas in their homes that are lovingly cleaned, decorated and offered incense and prayers every day?
As spoken to Satish Purohit.

Log on to www.radhemaa.com for more information. For darshan date and venue call 9820969020. 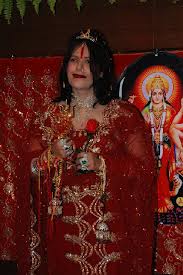 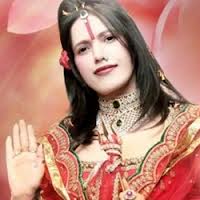 Vastu Advice For The Pooja Room