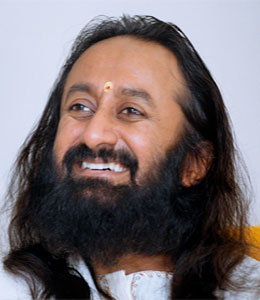 His Holiness Sri Sri Ravi Shankar is a spiritual leader and more than that he is a humanitarian leader who has been working on the mission of uniting the world into a violence-free family. He seeks global peace through service and dialogue and has inspired millions of people worldwide.

Sri Sri Ravi Shankar is the founder of the international Art of Living Foundation. The aim of this foundation is to eliminate stress and foster a sense of well-being. Among the various Saints, Gurus the land of India has seen Sri Sri Ravi Shankar has beautifully reached millions and has spread deeper understanding of values that unite us as a human community.

Sri Sri Ravi Shankar was born to Sri.Venkat Ratnam and Smt.Vishalakshi on May 13, 1956 in Tamil Nadu, India. His parents named him Shankar since his birthday matched that of the 8th century CE Hindu saint, Adi Shankara. He was named on the 11th day of his birth, which was Ramanuja Jayanti, the day Ramanuja (another important theologian and Hindu philosopher) was born.

At the age of three he started learning the Bhagvad Gita. By the time he was nine years old, he had mastered the Rig-Veda. As a child he had deep spiritual insight and liked meditation. Some of the followers of Art of Living movement claim he received an advanced degree in physics at the age of 17.

After completing his college, he came into contact with many renowned masters and leading intellectuals. One such was Maharishi Mahesh Yogi, who wanted to take the budding seeker and scholar to Rishikesh, India. Ravi Shankar first went to Rishikesh, and then overseas, where he completed his Ph.D. in Vedas and science.

In 1982 he went into ten days of silence on the banks of the Bhadra river in Shimoga in Karnataka, India, "Sudarshana Kriya" -- a rhythmic breathing exercise -- came to Sri Sri "like a poem, an inspiration".This was the definitive period of Sri Sri Ravi Shankar’s enlightenment. Sri Sri Ravi Shankar believes that every emotion has a corresponding rhythm in the breath, and believes that regulating breath could help people with their suffering.

In 1982, Sri Sri Ravi Shankar established the Art of Living, an educational and humanitarian Non-Governmental Organization that works in special consultative status with the Economic and Social Council of the United Nations. Both Sudarshan kriya and pranayam have been researched in Nimhans, Bangalore, India, where it was found successful with 70-80 per cent patients suffering from severe depression.

Abnormal brain wave patterns turned normal with regular practice. Sri Sri Ravi Shankar has reached out to an estimated 300 million people worldwide through personal interactions, public events, teachings, Art of Living workshops and humanitarian initiatives. Not since Mahatma Gandhi has one person united people of different traditions and faiths into a spiritual communion across the length and breadth of India.

In the early 1990s, Shankar added the honorific Sri Sri to his own name Ravi Shankar after the renowned sitarist Ravi Shankar objected that the guru was capitalizing on the latter's fame. Sri Sri Ravi Shankar stated vision is to create a world which is free of stress and violence through acquisition of wisdom, and his programs aim to offer practical tools to accomplish wisdom.

He founded in 1997 the International Association for Human Values (IAHV). The Foundation is now active in more than 140 countries. It conducts the "5H" program. (Health, hygiene, housing, harmony in diversity and human values) Program. The courses are structured and teachers groomed and Sri Sri Ravi Shankar ji spread a deep enlightenment in the heart of many lives through his way of healing and spreading the message of infusion of love, love and only love. And he tries to instill love in all hearts with his specially designed Art of Living course.

His headquarters nestle in an ashram on the outskirts of Bangalore. There you find his other charitable foundation, Ved Vigyan Mahavidyapeeth, which looks after rural education and development and seeks to revive Vedic knowledge. The ashram also provides free education to 600 children.

In 2001, after the "9/11" attack on the World Trade Center towers in New York city, the Art of Living foundation offered courses in stress reduction, free of cost, to New Yorkers He visited Pakistan in 2004 and met with some political and religious leaders there as a part of his efforts to promote global peace.

A relief program has been successfully run in Kosovo, for the war ravaged population and the Public Health System, University and UN personnel. The organization also started an operation in Iraq in 2003, aimed at relieving the war-ravaged Iraqi population of stress. There is a Prison SMART (Stress Management and Rehabilitation Techniques) Program assisting prisoners and prison staffs around the world.

With the guidance of Sri Sri Ravi Shankar many have moved beyond tolerance to unconditional acceptance and love. In his words Sri Sri Ravi Shankar says a truly religious person will be secular in nature. Secular means one who thinks all human beings are his or her own. All our religious leaders are compartmentalizing humanity, and taking responsibility on a limited scale.

Spirituality is taking responsibility for all the people in the world. We need to create this awareness. All the maulvis, bishops, pandas, priests and mahants must come together and only then manav dharma, human values will be upheld. 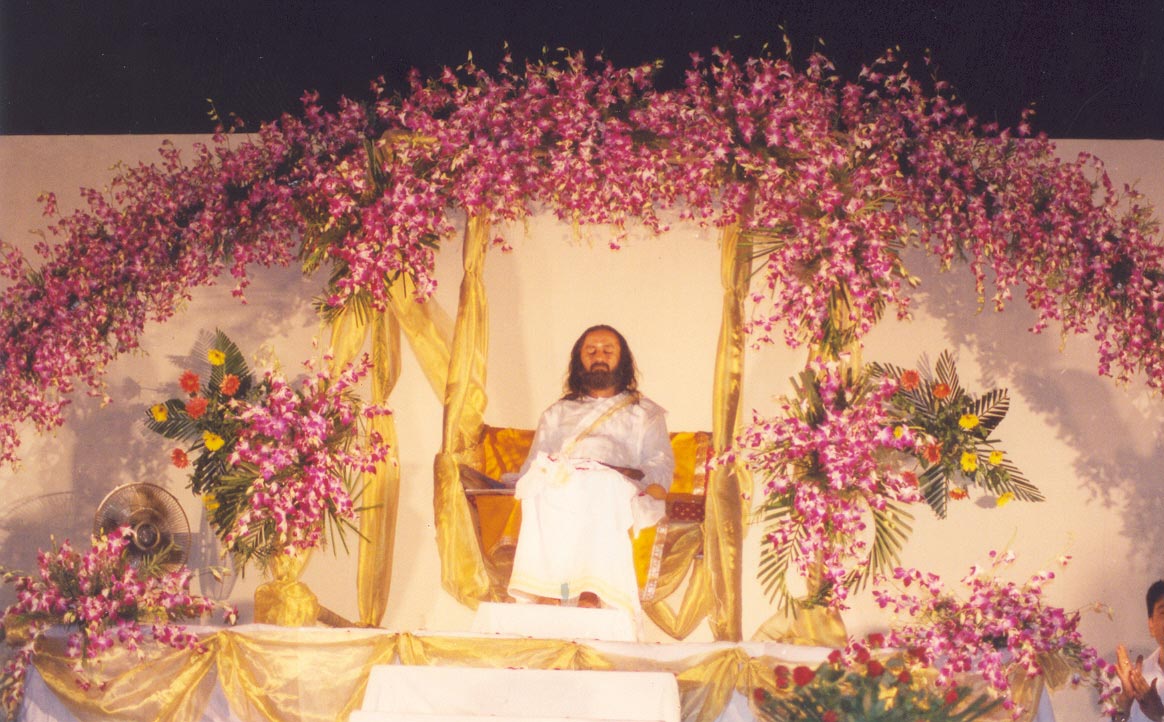 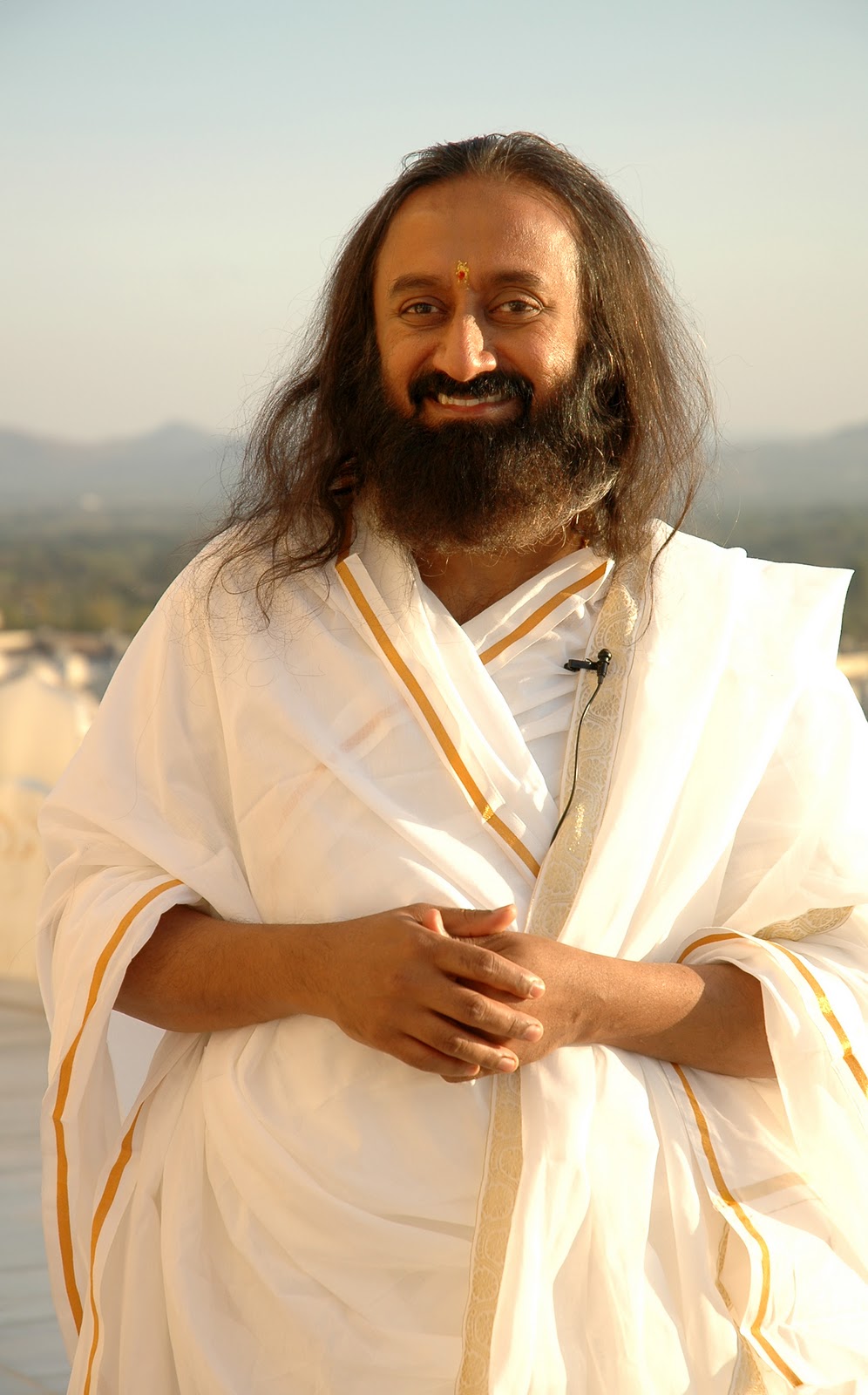 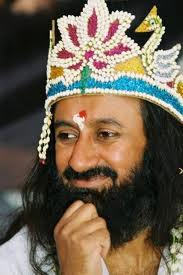 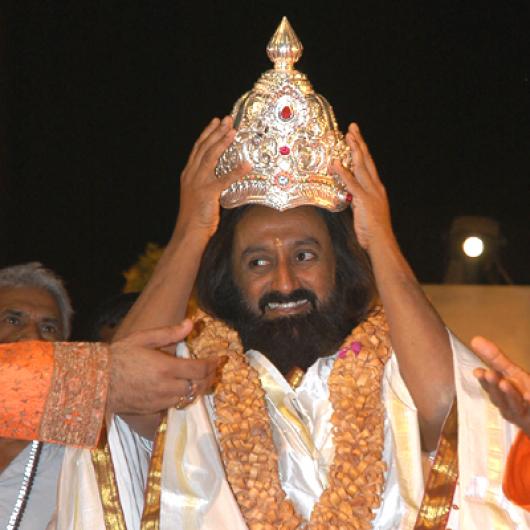 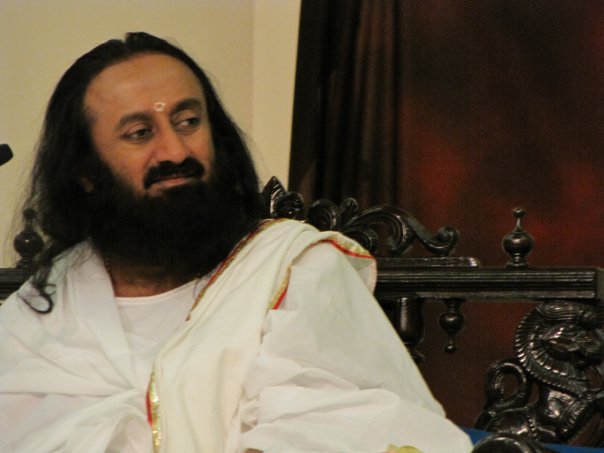